The oldest winelands in South Africa is found in Constantia, Cape Town. The estate houses still have the original Dutch architecture and can be found on the foothills of Constantiaberg. A number of conference venues, excellent restaurants, farm stalls, craft markets, shopping centres and antique stores can be found in this oldest part of Cape Town.

Wine farms in the area include:

Constantia has produced fine wines for more than three centuries, producing one of the world's most famous wines which was coveted across the globe and those who were fortunate enough to taste it soon refused to settle for anything less.

Klein Constantia Estate is set amid trees and lush greenery on the upper foothills of the Constantiaberg. With its historic Cape Dutch Homestead and superb views across the valley and False Bay, it has frequently been described as one of the world's most beautiful vineyard locations.

These historic vineyards formed part of the original farm Constantia, whose legendary wines were sought after by the18th and 19th century European aristocracy, requested by Napoleon, and praised by Charles Dickens and Jane Austen. This estate has played a major part in the re-establishment of the historic Constantia Valley as one of the finest wine-growing areas of the Cape.

Winemaker Adam Mason, who joined the team in 2003, brings an injection of youth and overseas experience to the Constantia estate. He is particularly well-suited to the position as his varied career has provided a balance between old world winemaking philosophy and new world technology.

During the past five years, fifteen wines were selected by international airlines for their first and business class wine lists. Six double gold and twelve gold medals were awarded at the Veritas national Wine Shows. Buitenverwachting achieved the trophy for the best red (1994) and white (1991) wine on the South African Airways wine list.

Furthermore the Diners Club Winemaker of the Year Award was won by former cellarmaster, Jean Daneel for the 1991 Buitenverwachting Merlot.

The restaurant is consistently rated amongst the top ten restaurants in the country, and is the winner of Business Day's Restaurant of 1996 and 1997.

The fare ranges from exotic Continental dishes to traditional South African flavours. The menu is changed daily as only the finest, fresh produce is procured from far and wide. This includes prawns from Mozambique, French cheese and venison from Namibia. The beauty of the Cape combined with exceptional cuisine and handcrafted wines, makes Buitenverwachting a venue where the true meaning of Buitenverwachting can be experienced.

David and Marlene McKay bought the farm in 1988 and restored to its former glory. Wine farming has been revived after careful research and planning by the Wine Director, Andre Badenhorst.

The Constantia Uitsig Country hotel offers gracious seclusion to the discerning traveller. With only 16 individually appointed garden rooms, guests are assured of personal attention and Cape Hospitality in a rural setting.

Steenberg Estate is the oldest farm in the Cape Peninsula. The land was originally granted to a young widow, Catharina Ras, in 1682, by Simon van der Stel, and wines were first produced in 1695.

Since 1990, some 68 ha have been planted, comprising of a number of cultivars including its flagship cultivar Sauvignon Blanc as well as Chardonnay, Merlot, Pinot Noir, Cabernet Sauvignon, Cabernet Franc, Shiraz and Nebbiolo.

The state-of-the-art cellar, completed in 1996, has the capacity to produce around 70,000 cases, The cellar also boasts a viniteque, where bottled wines can be kept under ideal conditions until ready to be enjoyed.

Steenberg wines have been awarded many international and local accolades for their outstanding quality. Amongst the latest is the gold award for the 1999 Steenberg Sauvignon Blanc (Reserve) at the 1999 Michaelangelo International Wine Awards ceremony, and the 1998 Steenberg Merlot was awarded as the best Merlot entered a the 2000 International Wine & Spirit competition in London.

The Steenberg farmstead including the manor house and the other buildings have been declared a national monument. The main gable, a 'holbol' outlined by heavy mouldings in a small keystone, is the only surviving example of it's type in the Cape Peninsula.

In addition to being a premier wine estate, Steenberg has been developed to include a 18-hole championship golf course. The individual holes mirror the environmental diversity of the area providing a varied and unique character to the course.

Wine farms in the area include: 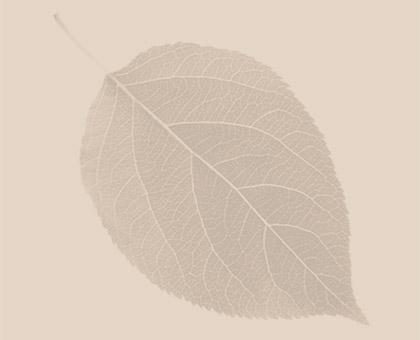